“I’ve been living in the Rochester area for about 30 years, so I guess that qualifies me as a ‘Rochesterian.’ If I’m known for anything, it’s for being the author of The Rochester NY Pizza Blog, which I started writing in 2009.

“I’m glad to have been asked what I like about Rochester, because thinking about it has made me realize how many things I do enjoy about living here, many of which I take for granted. To keep this reasonably short, I’ll pick just a couple.

“If I had to name the number one thing I like about this area, it would be the location. I love the outdoors, and we have a bounty of natural assets around us. Lake Ontario, the Finger Lakes, the Genesee River, Letchworth State Park, the Erie Canal, and most important to me, the hills to our south. I hike nearly every weekend. High Tor near Naples is a favorite, with a variety of trails and scenic views.” 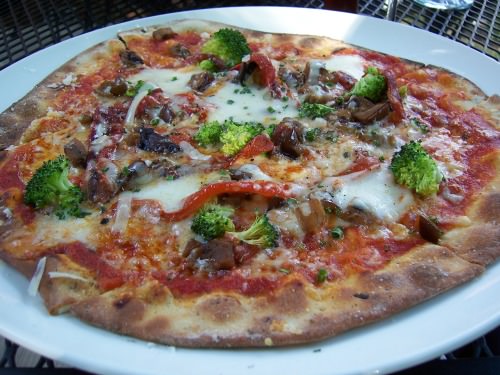 “But as the self-proclaimed Rochester Pizza Guy, I must mention local pizza. Put ‘New York’ and ‘pizza’ in the same sentence, and most people think of New York City, understandably enough. But there’s an abundance of good pizza in and around Rochester, some of which I’d put up against anything from downstate or anywhere else. I won’t name any particular local pizzerias, because inevitably I’d omit someplace that deserves equal recognition. But Rochester has a genuine pizza culture, dating back to the influx of Italian immigrants here in the early 20th century. Today, we boast terrific examples of pizza of every stripe: New York thin crust, Sicilian, Neapolitan, deep dish, and our own indigenous style. You probably won’t see ‘Rochester style pizza’ discussed much anywhere (other than on my blog), but I know it when I eat it. I’ve been to nearly every pizzeria around here, and I’m consistently impressed with the breadth and quality of the pizza in our area, as well as the dedication of the people who make it.

“I will mention one more spot that’s on my mind as I write, because I happen to be going there tonight. Rooney’s on Henrietta Street has been my wife’s and my ‘special’ dinner destination for many years. I’ve never had a bad meal or experience there. And here’s my ‘insider’s tip’: for an especially intimate setting, try to snag the table in the window nook on the bar side. Best table in the house.”

My Tweets
Follow We Love Rochester on WordPress.com
Join 33 other subscribers